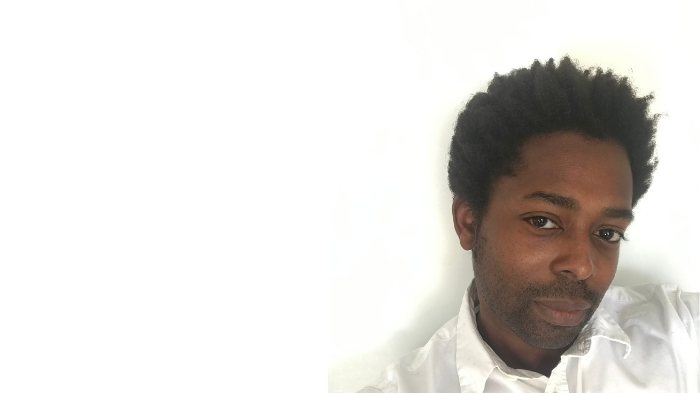 Alexis Williams, the Fashion Minority Alliance Chairperson and International Fashion Advertising director at Vogue UK, will guide us through his experience in the fashion industry.

Let’s talk about the beginning of your career. How did you get started in fashion magazine publishing and what first ignited your passion?

Like many people you’ll run into in publishing, I fell into it by accident. I studied Economics and Politics at university, and my main ambition was to get a job at Goldman Sachs, earns an obscene amount of money, and die very old and very rich. During the graduate milk round I managed to secure an interview at the FT in their advertising sales department, and for any Econ graduate, the FT is the panacea. So I went for it and won the role. At the FT I rose through the ranks and into the fashion/luxury team. The rest as they say is history.

Who inspired you when you started out in the industry and how did you open the door to get in?

Many people have inspired me along the way, but a consistent inspiration is Julia Carrick OBE, who is the funder and publisher of the FT’s famous and prestigious How To Spend It magazine. Julia is an inspiration because she is tireless in her pursuit of excellence, and very gutsy. For example, she launched How To Spend it during the late 90s, when fashion wasn’t the big sophisticated compunction machine it is today, and at an organisation dominated by men, who often didn’t understand what she was doing or why she was doing it. Yet she perceived nd created what is commonly accepted as the global standard for luxury. That foresight and tenacity are intoxicating to me.

What has been your best learning experience to date working within the industry?

Been thrown in at the deep end. Media is not known as a cosseted environment, this is certainly the case with newspapers. Although I believe in supporting people, I do feel like being thrown in at the deep end was character making for me, and for many others. It allows you to make the real decision and decide if that particular experience is right for you.

If you could go back in time, and give some advice to your younger professional self, what would it be?

Be early for everything. For many years I was just in time for everything, and one day I turned up to a meeting early and realised there was a whole world of decision making that was happening before the official agenda started. There are varying thoughts on presenteeism, but the reality is, if you’re not there you’re not part of the conversation, and to be effective you need to be a part of the process!

Who inspires you within the industry today and why? Do you have any funny anecdotes you would like to share with us?

I see fashion as a powerful art form that communicates complex messages to us every day. For that reason, the two figures that not only inspire me but give me hope are Edward Enninful and Kanye West. Both have had a significant impact on fashion and contemporary culture. Both are visionaries. And both are most certainly artists.

What would you say were your “milestone moments” so far?

I like a good launch, and the celebration around it, so I would say the first milestone was when I launched the FT’s Art of Fashion magazine. It is a moment where I categorically stepped into fashion publishing with force, with a brilliant editor, and the topic at the intersection of art and fashion, and therefore at the intersection of global conscience, and was the first fashion project that I have converted, developed and lead to huge commercial success. The second milestone, and again at the intersection, was the launch of the what is now culture quarterly y DESIGN magazine from The Observer. This represents a milestone not only because of its critical success and commercial prowess, but because it showcases a different way of approaching fashion, underpinned by a design community with big aspirations for the way we could live in a better world, but ultimately ‘oh so fashion’.

What has driven your success?

I have no idea. It could be the fear of failure, or the fact that my parents are very supportive and tell me I can do anything I set my mind to. I really don’t know what the answer is, but ultimately I get up every day and see how I can make that day as interesting as possible for me and those around me.

Intersectionality is the essence of life. It’s those moments on the edge of everything that connects us, and because we all have our own stories to tell, the intersection will always be the place where we evolve.

Speaking of challenges and change, what would you say were the main hurdles that you had to overcome working within an industry which is predominantly homogenous and how would you like to see the industry evolve?

The main hurdle was to be given the opportunity to be taken seriously. You really have to fight for your voice to be heard. My fight involved building a body of work and ideas that when looked at as a collective could not be ignored; in fact, for the outside looking in is attractive. You have to create your own gravitational pull somehow. Although it can be tiresome, it is certainly useful when channelled correctly.

Do you have any hints or tips you can share for young people within the Black and minority community wishing to work in the industry?

Take every opportunity and make the most of it. Even the negative experience will help you grow.

What are you hoping the Fashion Minority Report will achieve?