Decoding the Reality of African Fashion

By Fashion Minority Committee Members Sofia Celeste and Marcellous Jones Is it really fair to use the term “African Fashion” when talking about a diverse continent that contains 54 countries, each with their own creative patrimony, resources and challenges?“When you group us together instead of having a country by country approach, you lose the very essence of what makes ‘African fashion’ African,” reflects Omoyemi Akerele, the founder and executive director of Style House Files, a fashion business development agency that primarily focuses on the Nigerian and African Fashion Industry.“I rarely see the term Asian Fashion or ‘European Fashion thrown around over and over again,” she adds.To be clear, there is a galaxy of artisan craft, political ideologies, economies and deposits of natural resources throughout the continent. Yet, in spite of the civil wars, a variety of painful colonial horrors and Europe’s continued interference in internal and regional affairs, each nation is woven with its own mix of investment opportunities and hurdles. This is especially the case when one considers the trillion dollar estimates of growth that are being thrown around in the West, conjuring a new chapter of hope for Africa’s one billion strong population, which is expected to double by 2050.While countries like South Africa, Kenya, Nigeria, Ivory Coast and Ghana are cultivating a community of tech startups and luxury labels, other African nations including Burundi, Rwanda, Ethiopia and the island of Seychelles are still in the infant stages of creating a competitive industry dominated by the local population.“We need to teach people how to sew,” says John Bunyeshuli, founder of Kigali Fashion Week in Rwanda. “A luxury travel destination where the pains of the genocide between the Hutus and the Tutsis are still palpable”, Bunyeshuli says. “The country is on-track to propelling its designers into a new era.” 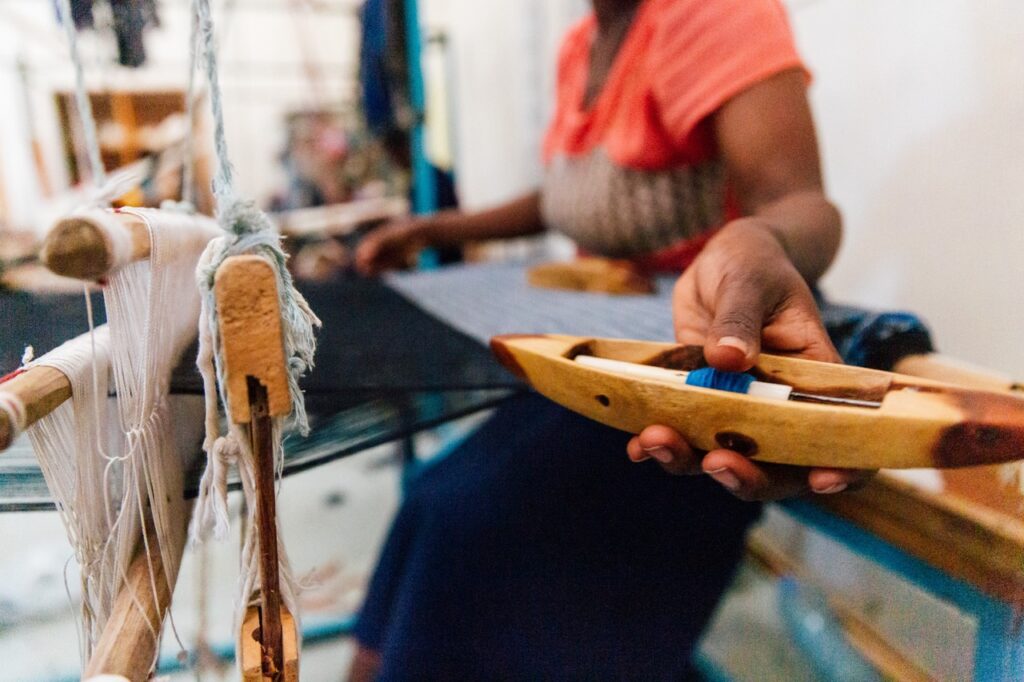 Bunyeshuli adds that the industry faces a lack of proper training and the sort of mentorship that leads to professionalism. In addition, aid remains low from surrounding, more powerful nations.“There was talk of an African [economic] Union that never really materialised. We’re still waiting”, he adds, noting that cultivating proper marketing and promotion channels, linking with the right firms and celebrity promotion also remains a priority.Through Kigali Fashion Week’s efforts, brands like Shema Touch of Rwanda have shown on the catwalks of Europe, Tokyo and Seoul.

Designer Charlotte Shema’s love for fashion was sparked by her mother’s knitting talents and flair for colour. She eventually went on to work with a startup fashion company in Kigali, expanding her skills into sewing, cutting, designing, drawing and client communications.

Due to Covid, Shema has had to offset a drop in orders by conducting sewing courses while remaining hopeful for a return to normality.

“Rwanda is a small country with very limited resources.  We very much depend on imported raw materials, which makes [producing fashion in] the country a bit expensive,” she remarks, while adding that investments and youth entrepreneurship and skills are crucial for Rwandan fashion’s future. 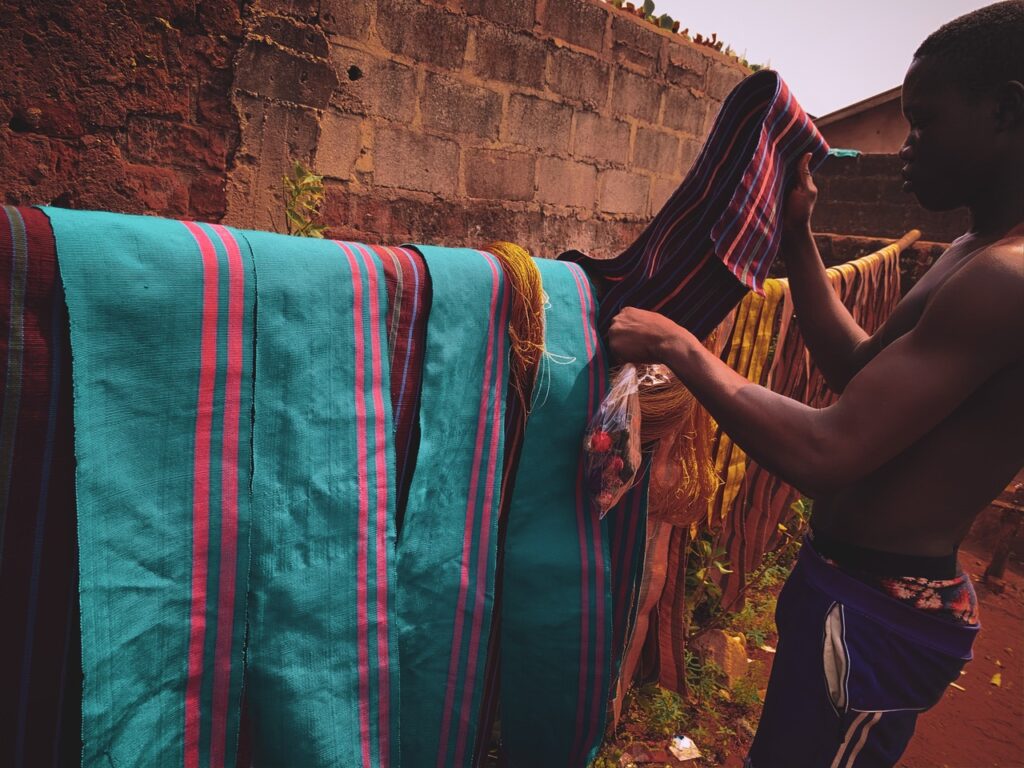 In nearby Ethiopia and Burundi, leaders say textile factories that produce for larger global firms dominate any semblance of a fashion industry, where professional dressmaking and industrial production is basically non-existent and revenues are earmarked for Western companies and the top-tier. The priority going forward is keeping the revenues in local hands.

“The tailoring profession suffers from limited access to up-to-date tools, technologies and related knowledge that is needed to guarantee nationally functional and internationally exportable industrial production,” comments Mana Ndikumana, a consultant at McGuire Consulting, which is currently involved in providing mobile phones to the region’s rural inhabitants.  She went on to specify that the existing textile industry is comprised of “a network of actors with little connection between them and with low levels of commitment to the promotion and development of this sector”.

At the same time, labor potential in a country like Burundi is high as the youth population grows.

In 2021, Burundi with almost 12 million inhabitants easily has 7 million young people. At least 5 million of whom live in rural regions.  Like many of their East African neighbours, they represent a potentially strong labor force and potential in the textile industry but also a large sales market.

Elsewhere, e-commerce businesses Industrie Africa, Afrikrea, Kisua and The Folklore are propelling African designers on a global stage. This is a phenomenon through which fashion leaders in less-developed areas hope will shine a light and usher in a phase of investment to prop up fashion hopefuls through practical skills and education.

E-commerce marketplaces for African fashion taps into the growing demand for African designer goods from all over the world. Statista currently estimates Africa’s e-commerce potential at $19.8 billion and, according to McKinsey, the continent’s local manufacturing industry is also expected to grow to $930 billion by 2025. 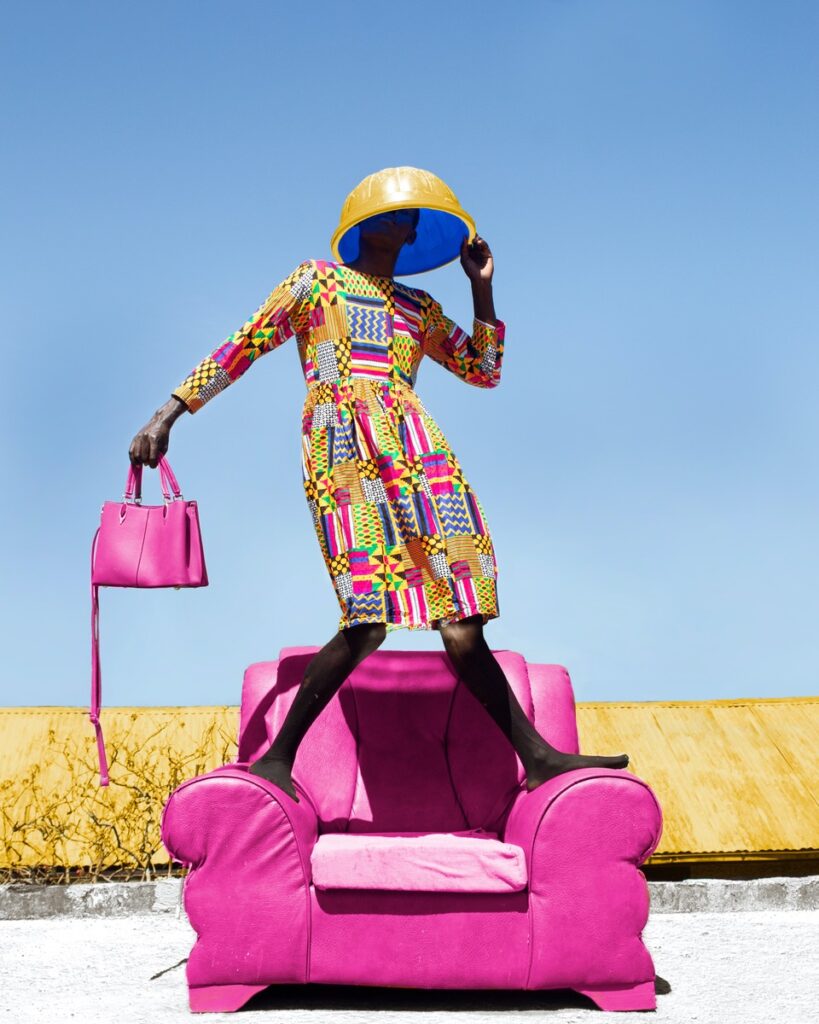 Birimian, which has recently partnered with Institut Français de la Mode (IFM), a fashion school based in Paris, to launch an acceleration programme for emerging African brands, provide patient capital, institutional support, strategic advice and operational excellence.  It has also partnered with Who’s Next (WSN) that specialises in the exhibition and distribution of independent creative brands worldwide.

“We need to make sure that the apparel garments produced locally are as competitive as the same garment produced internationally”, Olsson explains. On a larger scale, small-business success and supporting African artisans, workers and local communities, is the key to erasing decades of qualified yet dramatically underpaid labor and the foreign plundering of Africa’s natural and artisanal resources. “When we do have conversations about African fashion, we are referring to its provenance as a conscious way for us to identify and protect the starting point of our creative process, as its source, which is fundamental to traceability, and therefore vital in strengthening fashion’s economy in today’s world,” Akerele states.

As the Western world’s appetite for wanderlust, sustainable fashions with an eco ethos, intensifies, all eyes are on Africa like never before. Thanks to its artisanal production capacity and wealth of cultural and ethnic fashion artefacts, Africa is well-poised to take over.