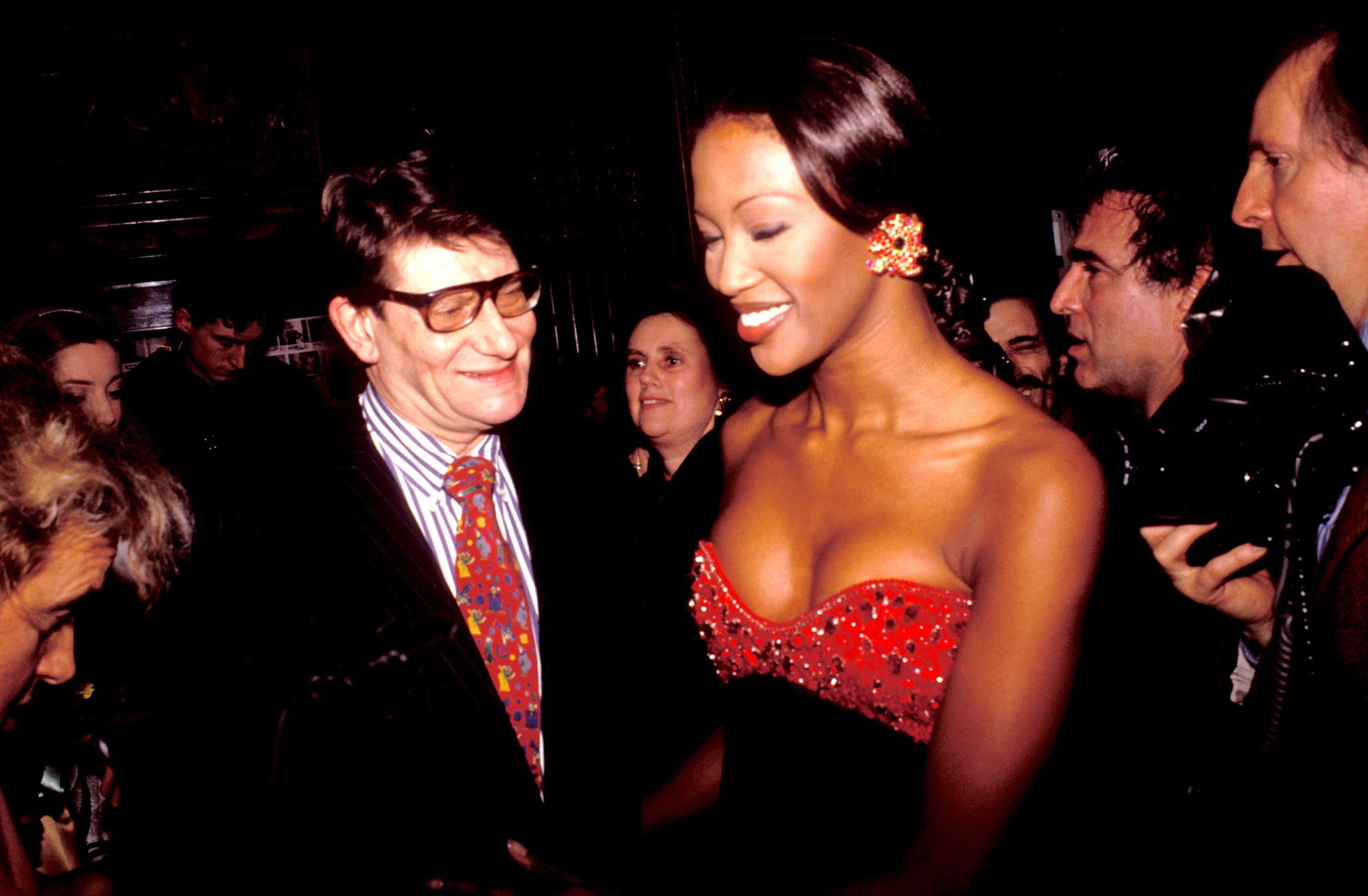 Several nights ago, the words “fashion allyship” came to this writer as I awoke from a dream. From it, many questions, topics and past events seemed to all come forth in a huge rush. And while many today are still debating the very nature of what the term entails, I have my own thoughts.

In making the fashion world a more equitable and inclusive space for all, we have seen many famous industry actors promise to do better. They love to make bold public statements but these actually have no teeth. The truth is people love to wax on poetically about change and allyship however, when it comes to it, few are really willing to roll up their sleeves and get their hands dirty to create change.

True allyship does exist and history has real examples of it. Yves Saint Laurent, the man, provides one of the most beautiful and compelling examples to date and he did so at a potential risk to his company too.

Many people know that legendary supermodel Naomi Campbell is the first black woman to land the cover of Vogue Paris in August 1988. Yet few today are intimately familiar with the dirty details of what it took for that slice of history to come to pass. And even fewer remember that it was actually the grand couturier Yvès Saint Laurent, who flexed his couture muscles to make it happen.

This historical slight on the part of Condé Nast Paris towards Campbell was embedded in ignorance, fear and old-school racism. But Monsieur Saint Laurent was not having any of it.

By early 1988 the world had already been conquered by the infectious frenzy known as the supermodel. Although supermodels had always existed, since the 1940s, this new generation pushed the envelope further than their supermodel predecessors. No longer would they accept being confined to a specific field of expertise as either a print model, a catalogue model or a catwalk model. They wanted it all and did it all!

Boosted to celebrity heights, they gave the world what it needed most at a time when Hollywood actresses simply failed to shine and make us dream. They did it through their energy, catwalk engagements, glamorous photo shoots, their A-list Hollywood dates, rock & roll boyfriends and their coining of outrageously bold quibs. Among the most famous of these were “We don’t Vogue. WE ARE VOGUE !” and “We don’t get out of bed for less than $10,000 a day.”

Of the FAB FIVE Campbell, Turlington, and Evangelista became collectively known as fashion’s holy trinity. Even though they were signed to rival modeling agencies their bookers at Elite Models and Ford Model’s collaborated to have them booked in the same fashion shows, where they would walk the runway together as a trio of best friends. They jet-setted and partied together from New York City, to Paris, to London, to Milan and beyond. The sum of the three women was far greater than the whole of the individual parts.

In spite of equal fame, equal bookings, equal celebrity status and even equal pay, Campbell, fell behind her 4 counterparts in terms of magazine covers. Among them was most famously Vogue Paris in spite of her agents campaigning energetically for a cover.

It was understandably hard for Campbell to accept this. The logic of the slight was based in elitism, racism, and false notions seemingly supported by flimsy empirical evidence of Black models being unable to sell magazines. However, that is a matter for a far different and much bigger debate at another time…

Turlington, Evangelista, Patitz and Crawford and others, less famous than Cambell, took their turn on multiple covers of the French magazine. Campbell’s absence from it was remarkable and did not go unseen by the industry, and fans alike, and the slight would have continued had it not been for the DIRECT INTERVENTION of Monsieur Yvès Saint Laurent.

By 1988, Naomi Campbell had been working with Yves Saint Laurent for three years and she had contracts with his namesake fashion house. She was not only a personal favorite of the designer by then but also a friend.

Knowing that Vogue Paris had no intention of putting Campbell on its cover, as it had already done numerous times with her equally famous girlfriends, the British supermodel was hurt. In tears, she confided, to Yves Saint Laurent, her frustrations regarding the Conde Nast publication’s position against putting her on its cover.

“They won’t give me a cover”, recalled Campbell to DAZED Magazine in 2017. “I saw the other girls asking for the cover and I said, ‘I want one too’”… She went on to quote the grand couturier as responding, “He goes, ‘No, no, not even a question!”

The fashion house Yvès Saint Laurent was one of Vogue Paris’s largest and most prestigious regular advertiser and was generous in purchasing ad space for its collections, accessory lines, makeup and fragrances.

In a boss-ass move, Saint Laurent picked up the phone and called the Vogue Paris editor-in-chief. He calmly explained, in no uncertain terms, that if Campbell did not get the magazine’s cover, he would pull all of his company’s advertising from the magazine.

That was a bold move. No advertising means no public awareness in that space and has the potential to negatively impact sales.

But, after being called out by one of the industry’s greatest names ever, and by a man who was, and still is, considered a true fashion institution that represents national French pride, Vogue Paris buckled, and gave Campbell her first cover at the magazine on its August 1988 edition.

Mr. Yves Saint Laurent you believed in me and stood by my side when I needed it most!! Grateful for you and for all the memories we’ve made together over the years.. Kind hearted, creative genius and fashion visionary!! We miss you dearly 🙏🏾 #throwback #Naomiarchives @YSL 🖤 pic.twitter.com/cBandshAiW

Let’s be clear about something. The cover was given begrudgingly. And it was the August edition, historically a magazine’s lowest selling edition of the year. Nevertheless, history was made. Friendship is often the biggest step towards allyship. And it must be said that Monsieur Yvès Saint Laurent was indeed an ally and not only to Naomi Campbell but to Black women before her and to those who followed after her. Courageously Monsieur Yvès Saint Laurent put his livelihood and company at risk when he stepped up to the plate but instead he hit a homerun for the cause of diversity and allyship.

Of course there are companies and brands that have stepped up but, can you imagine, how much more equitable the fashion industry and society would be if they all did?